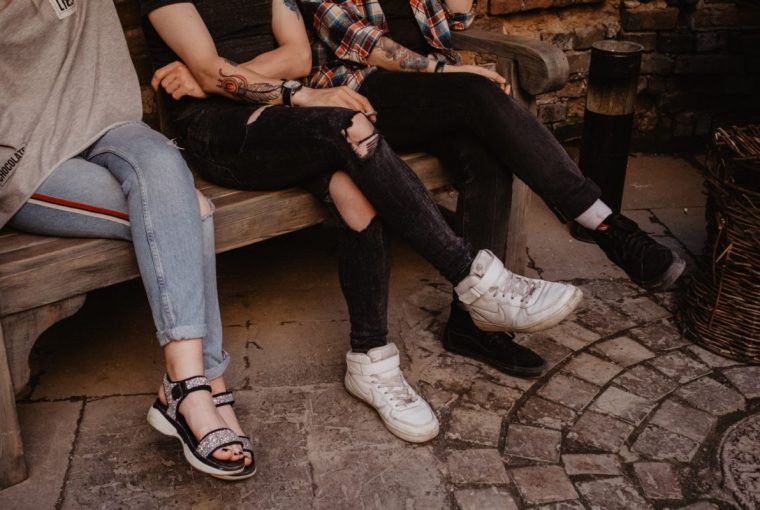 Jamie Klingler is an author, founder of Creative Influence Alliance and The Salon Host’s resident source of personal wellness inspiration who spent all of quarantine quitting booze and getting in shape. Whether you’re looking for a little inspo or a total reality check, Jamie has you covered.

What’s the first thing that comes to mind when you see the word support. For me it was always bras, but that comes with spending most of my life having and heaving around 40DDs. But the single biggest factor in my sobriety, exercise and weight loss journey, was seeking out and finding very specific support.

When I decided to quit drinking I only told my two best friends.  It wouldn’t be an exaggeration to say that we all believed it would be a phase; a short-lived one at that. I had form. Throwing up after a horrific night out and swearing I would take a month to dry out was a frequent claim. Googling detox in Thailand had happened more than once. I wasn’t a casual drinker. By the beginning of lockdown, I was drinking Rosè out of a 5 liter box and could not have told you what time I was starting or how much I had had. That was the beauty and the ugliness of a huge box of wine.

One of my best friends is in AA and was six months ahead of me in quitting; we used to live together and were intimately aware of just how much of our lives revolved around numbing ourselves with alcohol. I was curious about the program; curious about how much time it took and how much work she was doing on herself. In being sober curious I read The Unexpected Joy of Being Sober; which was a huge help and Quit Like a Woman, which resonated less  As we weren’t able to see each other in person (lockdown early 2020) I relied on telling them my commitments. Telling them that I wouldn’t be buying any more booze until lockdown lifted; telling them that I was writing about quitting, telling them I was bored out of my mind without my familiar crutch.

Their unwavering cheerleading and belief in me that I could do it bolstered my fledgling confidence in myself. In some ways it was like learning to walk again; learning to fill huge swathes of time without wine. Learning to sleep without wine. Experiencing life without a hangover. On April 14th I celebrated a year off of the booze with those two friends. We were allowed to eat outside at an actual restaurant and it was one of the best meals of my life; toasting to my first year without drinking.

When I decided to take up jogging, support came from the most unlikely source. Rebecca, who I met once 4 years ago at a work event, reached out on Instagram to say she too was doing the Couch to 5K.  It just so happened that we were on the same week of the program and quickly synched up our running days. I’m a ridiculously early riser, so tend to run at 5 or 6 am and so I would come home and tell her how I did. If it was a horrible run, or an easier day.  There were a lot more horrible days than easy ones, but knowing that I needed to keep up with Rebecca was a huge motivating factor. Our conversations over Insta evolved but the core of it was reaching our goals. Week 8 was the US Presidential election and I just could not face it. I was too stressed from being up late at night for almost a week and had no motivation. Rebecca surpassed me; my competitive nature and that little push was all I needed to power through. Next week I will meet her in person for the first time in years, this woman who was so integral to my becoming a jogger, and we’ll be going for a jog, obviously.

And then the weight loss.  Weight loss is the hardest thing to talk about; it means admitting the biggest issue I had that was so physically obvious.  I had never spoken about my weight or size before publicly. By pretending I was fine with it, I thought I was hiding my struggle with my food consumption. About two months into my weight loss plan, my friend Kate reached out. Kate had previously lost a lot of weight, but some had crept back on and she was on a mission to get back to her target weight. Our target weights were very similar, although I had a lot more to lose in the beginning. Kate invited me to a weekly barre class and we did weekly weigh-ins together. Those barre classes were helluva intimidating. I didn’t think I would be able to do any of it at all. But knowing that Kate had been through my same struggle and was now so much stronger pushed me further than I thought possible. And we both not only hit our targets, but lowered them by another 15 pounds.

Again, because of Covid, all of this support was virtual. All of it was only dependent on texts, WhatsApp groups and the very occasional FaceTime. But these women were my lifelines. They were who I was accountable to. They were my cheering squad, occasionally my firing squad, and my partners in this journey. I obviously had to do the day-to-day work myself, but I don’t think I would be here writing about my journey without the work they did with me in the background.

Find your squad. Find different people for different needs and experience levels. And give the support right back.  Share recipes, share exercises, you need to be totally present and open to the support for it to land. You have to admit your vulnerability and that you need the help. None of this can happen in complete isolation. But also be wary of partnering with someone that doesn’t motivate you in a positive way. Some people will make you competitive in a way that is not kind to your motivation or spirit and avoid that. Build each other up, celebrate each other’s wins. You’ve got this, and thank you Gina, Rebecca, Rebecca and Kate – I can’t imagine a better squad. 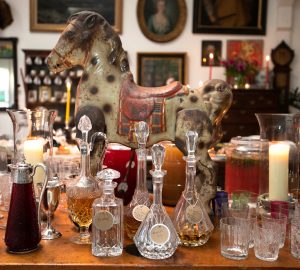 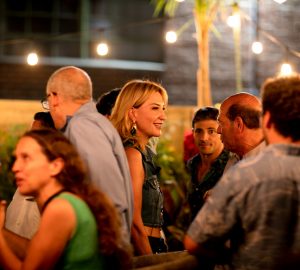