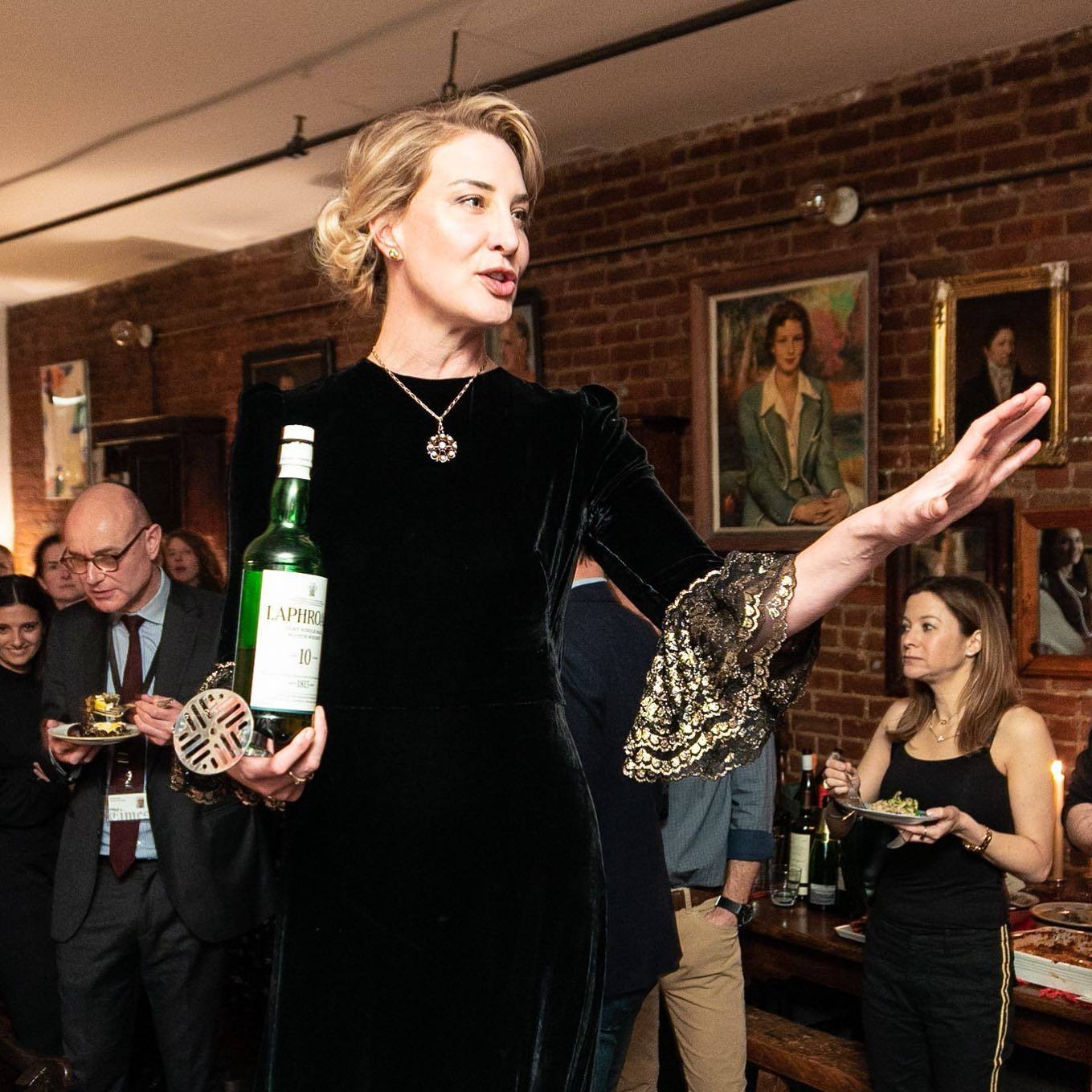 Susan’s been called Martha Stewart meets The Royal Tenenbaums, the Gertrude Stein of our time, and “the hippest party hostess in the history of Silicon Valley’s pocket pen-protector set” according to the San Francisco Chronicle. Her salon manifesto explains their importance and why hers have developed a following that’s practically religious, but the crux of her story is about what it means to step up and become the connective tissue in your community and the kind of alchemy we can create by bringing people together.

The world according to Susan optimizes enjoyment of the human experience in remarkably simple ways. “Conversation + Connection + Community = Salons,” she says, but why salons? Because it’s a dinner party with purpose, and she’s quite sure that a welcoming environment, simple food and interesting conversation makes life infinitely sweeter. Someone has to take it upon themselves to facilitate the experience we’re all craving, and if you find yourself reading these words, that someone is probably you!

At 24 after learning how to code at night school, Susan founded the POSTHOC guide to San Francisco, which grew to over 100 contributors at its height and was one of the first online guides to the Bay Area. At the same time, she also launched Best Public Relations, a boutique firm specializing in influencing public perception through media and influencers around the globe. POSTHOC became the hottest city guide as the internet was just beginning to realize its potential in the late 90s, while Best PR drove publicity, corporate messaging and brand recognition for many household name technology clients by securing inordinate amounts of media coverage.

After hosting a Burns Night supper in 2009 at her loft in San Francisco, Susan was badly injured in a fire. She successfully got through rehab with the help of the same friends who’d been gathering at her dinner parties, some since way back when she was hosting them in her old run-down, one bedroom, post-college, shag-carpeted railroad apartment. Her friends were essential to her recovery, both from the injury and the PTSD.

The experience inspired her to dedicate her life to building community and in 2011 she became bi-coastal (landing in New York City’s SoHo district) and founded Living MacTavish, which hosted dinner parties for businesses and entrepreneurs seeking to answer life’s greatest questions. Her quest to change the world one dinner party at a time continues under the POSTHOC moniker.

Susan launched The Salon Host in late spring of 2021 as a part of a greater movement to inspire the next generation of hosts to step up and bring community together with purpose as the world comes out of pandemic isolation.

Join the movement by perfecting your own Recipe For a Delicious Salon!

Susan has been hosting salons around the world connecting curious people with the world’s most interesting thinkers, storytellers and experts for the past decade. She is the founder of POSTHOC, Inc., a company that celebrates the power of gathering by bringing people together to share ideas, stimulate conversations, spark connections, and build community.

Susan’s salons have established themselves at the epicenter of the experiential branding movement. Urgent, relevant and on-point, her POSTHOC Salons create thought-provoking, spirited conversations that continue to resonate in the world at large, long after the last guests go home. Read all about her community-building worldview in A Salon Manifesto.