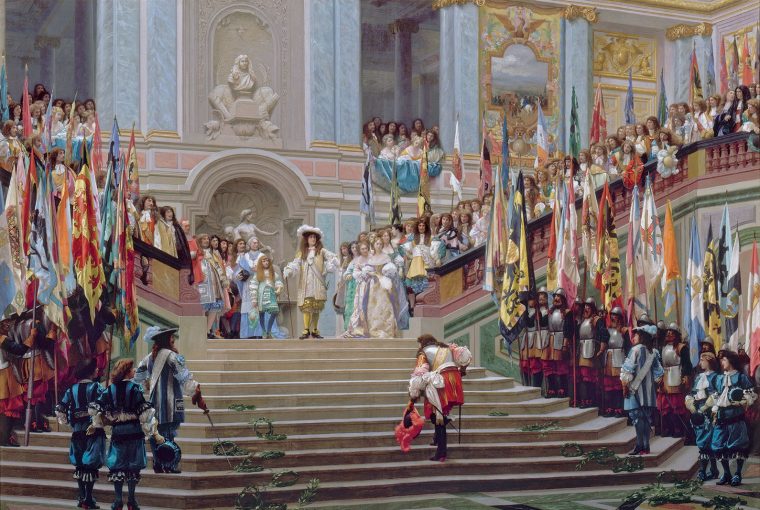 Believe it or not, “Get off my lawn!” is a rough translation of the original use of the word ‘etiquette’ from 17th century France. Coined by Louis the XIV after his gardener at the palace of Versailles discovered the king’s cronies and aristocratic hangers-on, known as courtiers, trampling through the masterfully manicured grass. He ordered signs, or ‘etiquets’ to be put up ordering tramplers to keep off the lawn, but they were largely ignored until the king issued a decree that no one was to go beyond the bounds of the etiquets, a meaning that generally expanded to include a wide range of rules including specifics around personal hygiene and how to unobtrusively knock on a door (fingernails only, no knuckles).

Soon Louis the XIV’s court became a ticketed event (or should we say et-icketed), which included specific rules about where to stand, sit and how to address one another. Up until then European etiquette has been predominantly evolving in Italy, where Italian authors Baldassare Castiglionein and Giovanni della Casa published in-depth books on the matter covering everything from proper table manners to how to dress and politely participate in conversation.

Renaissance Italy was practically obsessed with etiquette, before the term was even invented. While Castiglionein wrote for the nobleman in royal court in The Book of the Courtier, della Casa was focused on the average citizen. He espoused such basic civilities such as not getting drunk, not blowing your nose into your dinner napkin, scratching yourself inappropriately, or boring others by talking about your dreams. These rules still hold true, don’t you agree?

But the oldest known writing specifically addressing the rules of social graces was published in ancient Egypt by a city official named Ptahhotep, who was the right a=hand of the pharaoh in 2400 B.C. Called the Maxims of Ptahhotep, they were written primarily for your Egyptian men to learn specific customs and etiquette so they could navigate the social order. Even in slightly more civilized but still a pre-silverware era in ancient Rome, protocol was established for eating with your hands. Aristocrats only ever ate with three fingers, lest they be seen as lower class if they ate with all five. Thus the raised pinky finger was born as a sign of elitism, and continues its reign to this day.

While etiquette as we know it today took control of the social dynamics at Versailles during the 1700s, in Paris salon culture was being born amongst the more free-spirited constituents of French aristocracy as the so-called age of Enlightenment was dawning. Unbound by ever-increasingly detailed rules of social order, streams of consciousness were shared that would eventually turn the tides of history by setting the stage for the French Revolution beginning in 1789. Learn more about France’s integral role in the evolution of salon-ing in A Brief History of Salons.

Women, who for the most part did not receive a formal education in those days, were able to both participate in and facilitate the most important socio-political conversations of the day as hostesses inviting guests into their homes. As a result they gained significant societal influence, which was effectively squashed by Napoleon in the 19th century. Napoleon just was not into women having influence of any kind; they were a threat. While he insisted the revelations of the Enlightenment period generated by French salon culture must be applied in government, ironically the aspiring dictator made female salon hosts a target of scrutiny, and even banished one particularly influential one. Find out why in our article about Women’s Role in Salon History.

Surprisingly, American etiquette was also heavily influenced by Italy via a Milanese monk Bonvicino da Riva, who in 1920 wrote a booking dealing exclusively with table etiquette called Fifty Courtesies of the Table. Many of the rules detailed in that book are taught to kids today, such as not gulping food, or chewing with your mouth open, turning one’s head away from company when sneezing or coughing, waiting til everyone is served to begin eating, and not talking with a full mouth or licking one’s fingers.

Read on for more tips on salon-specific guest etiquette and remember, unless you’re specifically told otherwise, stay off your host’s lawn!

What Is A Salon?

Why a Saloning Is Essential For Your Good Health 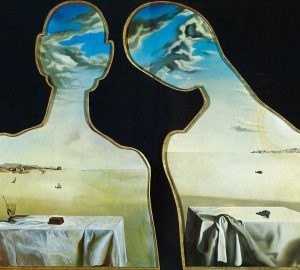